We’re an affiliate: Some of the links on this page are affiliate links. We may earn a small commission on purchases made through them.

Night lights are great for providing comfort or some dim lighting for when you need to get out of bed in the dark. But you might be worried that leaving them on throughout the night will use a lot of electricity and run up the bills.

How Much Electricity Do Night Lights Use?

The amount of electricity used by a night light or any other type of light is determined by the wattage of the bulb.

In the US, the average electricity rate is 13.19 cents per kilowatt hour (kWh). This means, if switched on 12 hours per day:

How Night Lights Compare to Other Lights

The table below compares the energy usage and cost of running a night light compared to a standard bulb.

The average cost per year is based on the lights running 12 hours per day on an electricity rate of 13.19 cents per kilowatt hour (kWh).

As you can see, night lights are very inexpensive to run and LED bulbs of any kind are far more efficient compared with older incandescent bulbs.

As we just saw, even incandescent night lights don’t use much electricity. But if you’re looking to save as much money as possible there are a couple of things to look for:

One thing to note about the motion sensors is they can be unreliable. If you purchase an LED night light you’re only looking at cents every year to run it so it’s not worth the hassle if you don’t get along with the sensor. The good news is, these sensors are often optional so just make sure you choose one which allows you to turn the sensor off.

If you like the idea of a motion sensor, the AUVON night lights (link to Amazon) are worth checking out. They’re lightweight and have a slim profile so won’t stick out too much and are just 0.3w. These night lights come in a pack of four. 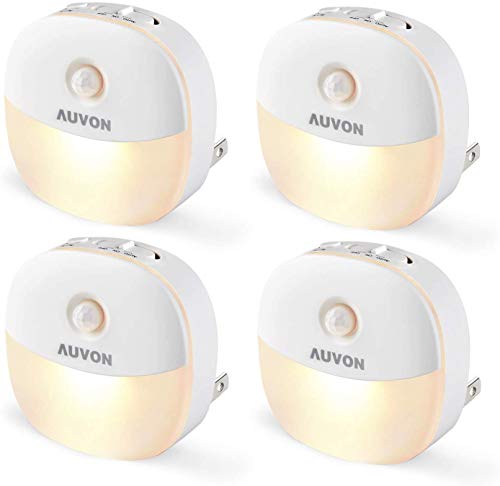 There are two brightness modes and three settings: on, off, and auto. The auto setting is a motion and daylight sensor that turns off after 60 seconds of no motion detected. Unfortunately, the daylight and motion sensors are tied to the same setting so if you don’t get along with the motion sensor you’ll have to manually turn it on and off.

If you want to keep things simple, these GE Soft LED night lights (link to Amazon) are great. They have a daylight sensor so you don’t need to worry about turning it on and off, but without a motion sensor which can be unreliable. Obviously this means they will be on all night and use more electricity, but at around half a watt per light, this won’t be a lot. 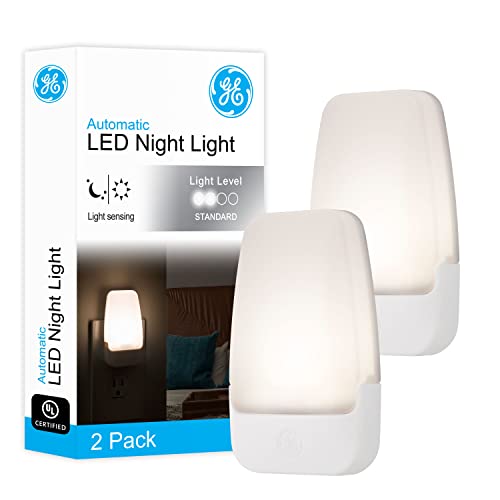 These night lights are lightweight and compact so won’t get in the way too much and available in packs of two, four, and eight. Unlike the AUVON night lights, these only have one settings and it’s fairly dim so keep that in mind.

To wrap it up, night lights (specifically those which are LED) don’t use a lot of energy so you don’t need to worry about racking up a huge bill.

In fact they use around a 10th of the power compared to a regular LED bulb. Each LED night light will cost only around $0.17 per year to run if left on 12 hours per day.

To maximize efficiency even further, you can buy night lights with motion and daylight sensors which only turn on when it’s dark and they detect motion.

We are a participant in the Amazon Services LLC Associates Program, an affiliate advertising program designed to provide a means for us to earn fees by linking to Amazon.com and affiliated sites.

This website contains affiliate links. We may earn a small commission on purchases made through them.

We use cookies on our website to give you the most relevant experience by remembering your preferences and repeat visits. By clicking “Accept”, you consent to the use of ALL the cookies.
ACCEPT
Manage consent

This website uses cookies to improve your experience while you navigate through the website. Out of these, the cookies that are categorized as necessary are stored on your browser as they are essential for the working of basic functionalities of the website. We also use third-party cookies that help us analyze and understand how you use this website. These cookies will be stored in your browser only with your consent. You also have the option to opt-out of these cookies. But opting out of some of these cookies may affect your browsing experience.
Necessary Always Enabled
Necessary cookies are absolutely essential for the website to function properly. This category only includes cookies that ensures basic functionalities and security features of the website. These cookies do not store any personal information.
Non-necessary
Any cookies that may not be particularly necessary for the website to function and is used specifically to collect user personal data via analytics, ads, other embedded contents are termed as non-necessary cookies. It is mandatory to procure user consent prior to running these cookies on your website.
SAVE & ACCEPT